← “Those Years” and What Your Teen Wants You to Know…
Is Parenting the Ultimate Lesson in Non-Attachment? →

From Leap of Faith to Leap of Joy 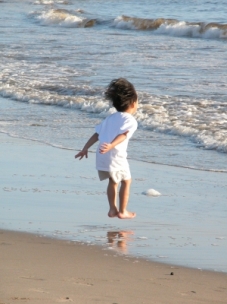 Last month I wrote about the The Big Education Shift that has begun in our educational system.  This month, I offer more evidence to support this idea:  North Carolina recently reported that the number of home schooled students in their state has surpassed the number of students who attend private schools. Does this surprise you?  It sure surprised me.  Even though I’ve been home schooling my two boys for four years now, and am part of a large (and growing) community in Portland, Oregon, I’ve become accustomed to thinking of home schooling as “on the fringe” and occasionally, on my more optimistic days, maybe “the leading edge”.  I may have to (happily) change my perspective now.

I predict that we’ll be hearing more announcements like this from other states soon, because the concerns about education are similar everywhere. But while many families who are new to home schooling indicate that their choice was driven by negative factors (primarily concern about school environments), experienced home school families report that they continue with this lifestyle because they are pulled by the positives.  Specifically, flexible schedules, close family connections, the chance to instill the love of learning, and opportunities to experience the “real world” are often listed as the benefits of educating our children at home.  And, if you talk to a home schooling parent you’ll frequently hear them use terms like “highly-engaged” and “self-directed” when describing their children, and they’re not just imagining it – research bears this out.

Dr. Peter Gray has recently released the results of his Survey of Grown Unschoolers which investigated how adults who had been unschooled as children felt about the experience, and also their ability to pursue higher education after unschooling. Given that unschooling is a form of homeschooling that doesn’t involve any standardized curriculum, that allows students to be in charge of their own education, you might call this “extreme homeschooling” in that it’s about as far as you can get from a typical public school model.  No lectures. No worksheets. No tests. Doomed to failure, right?

Well, no. Quite the opposite, actually.  Not only do grown unschoolers report overwhelmingly positive views of their educational experience, Dr. Gray also found that:

In the words of one of the survey participants who was 39-years-old at the time of the survey and holds a bachelor’s degree in mechanical engineering:

“What I do now is very much what I have always done (I mostly ignored traditionalschooling, even when I was forced to go); I do anything and everything that catches my attention. Life is about learning, growing, and sharing your discoveries with others who want to learn and grow too.”

As the positive results of homeschoolers’ higher education and career experiences become more widely known, I think we’ll see this already fast-growing movement begin to accelerate — the fear of leaping will diminish. However, we haven’t reached the critical tipping point yet, where home schooling is considered “normal” and the myth of the religious, unsocialized home schooled kid has fallen away, but I sense that this could happen even more quickly than many of us thought.  And I look forward to the day when the majority of parents no longer see this choice as a leap of faith, but a leap of joy.  In the meantime, I hope the common question of “Why do people home school?” is asked less frequently, and the question of “Why don’t more people home school?” begins to replace it.

Lori Dunlap worked for almost twenty years in the corporate world, first as a management consultant to Fortune 500 companies, and then at a large research university as a program director and adjunct faculty member. In addition to homeschooling her two sons, she writes regularly about education and parenting issues. You can read her blog at www.teachyourown.org, or connect with her on Facebook: www.facebook.com/TeachYourOwn
View all posts by Lori Dunlap »

Posted on October 16, 2014, in Education, Homeschooling. Bookmark the permalink. Leave a comment.

← “Those Years” and What Your Teen Wants You to Know…
Is Parenting the Ultimate Lesson in Non-Attachment? →